Melting In The Dark 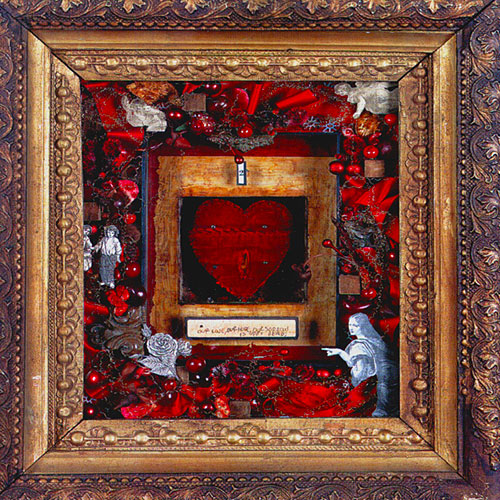 I've never been a big fan of re-living the past especially when it comes to making records. I always figured that once a record was finished it was there for all time to be re-examined, re-discovered and re-loved by the listener with a constantly changing perspective. When fans would approach after shows and ask "Will you ever make another album like 'The Days of Wine and Roses' or 'The Medicine Show?'" I would usually politely explain that those records would always be there and there was no point in making them again.

So how did it come about that on the 13th anniversary of the making of "The Days of Wine and Roses" I found myself in a studio in Boston, Massachusetts summonsing the sounds of feedback, distortion, frenzy and general guitar anarchy in a way that I hadn't since the early '80?

In 1983, a band called the Dangerous Birds opened for the Dream Syndicate in Philadelphia and I was stunned by the amazing singing and gripping charisma of the lead vocalist Thalia Zedek. We became friends that night and over the years I kept an open ear for any project she was involved in. I was never completely taken in by her following bands Uzi and Live Skull but when I heard "Eleven Eleven" the debut album by her next band Come in 1992, I was completely floored. The guitar interplay of Chris Brokaw and Thalia took me back to all my favorite soloing duos from Ornette Coleman and Don Cherry to John Cippolina and Gary Duncan to Tom Verlaine and Richard Lloyd and even, heck I'll admit it, to myself and Karl Precoda in the early Syndicate.

Following my 1992 European tour for 'Dazzling Display," my tour manager at the time Dino Galasso went on the road as the tour manager for Come and upon hearing my name said, "Tell Steve we'd love to play with him sometime." Upon hearing this very flattering and very interesting proposition, I began a two year dialogue with Chris and Thalia trying to find a time to get together and play. The problem, of course, was time. They made a follow-up record and toured constantly; I divided my time between making my third album "Fluorescent" and recording and touring with Gutterball. We both led such busy lives that we barely had time for phone calls to constantly postpone each planned session.

Last July both Come and myself found ourselves with some time on our hands and I took the Greyhound bus up to Boston and after one night of rehearsal, spent a 16-hour day at Fort Apache Studios with engineer Wally Nagel (Superchunk, Sebadoh, Folk Implosion) laying down eight songs, seven of which ultimately made it to "Melting in the Dark." The session went so well that we got back together again in October to record another seven songs and the long awaited collaboration was finished. All that was left was a very enjoyable mixing session in Los Angeles with my longtime producer/mixer Joe Chiccarelli (who produced my first two solo albums and mixed the first Gutteball album, as well as producing American Music Club, Stan Ridgeway and Frank Zappa) and the record was finally a reality.

Shortly before making the record, Come's bassist Sean O' Brien and drummer Arthur Johnson quit the band, making our second session the last time the original lineup of Come ever played together. Thalia and Chris will continue to make records as Come with various rhythm sections and will also accompany me on my March/April tour of Europe. The remainder of the latest 'quintet' will be Armistead Wellford (Gutterball, Love Tractor) on bass and the legendary Dennis Duck (founding member of the Dream Syndicate) on drums, marking his first European tour since the band broke up in 1988.

I by no means find this record to be a carbon copy of the early Dream Syndicate and neither will you. Nonetheless, Chris, Thalia, Sean and Arthur helped me to revisit a style that I thought I had long since abandoned. It's a nice place to visit and I can't say for certain that I will stay there but for the next year it will make a lovely home.