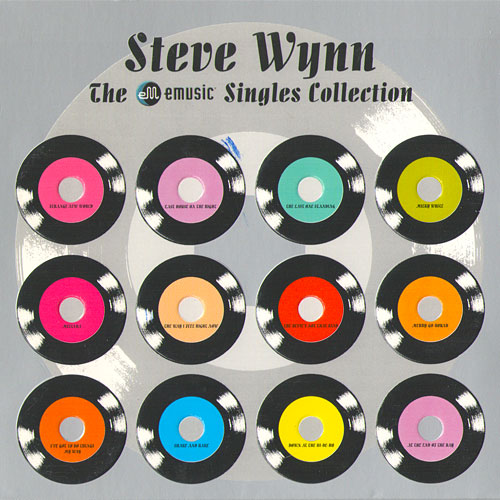 Every month through 2001, Steve Wynn released a single for download at eMusic.com.

They are collected on this CD.

I remember reading all of the amazing stories of bands like the Beatles or The Who writing a song in the morning, recording it in the afternoon and having it stocked in the shelves of record stores by the following afternoon.

The idea that a songwriter or musician could have a spark of inspiration and transmit that enthusiasm to listeners who not only would share the music but also experience the thrill and freshness of a truly NEW song was incredibly exciting. I couldn't wait to make records of my own someday to experience this type of spontaneous record-making for myself.

But by the time I began making records in 1982 the game had changed. Songs were written, rewritten, recorded as a demo, rewritten again, shopped to labels, demoed again before being rewritten and then recorded 'for real' only to sit in limbo for months before finally being released long after the initial moment of inspiration had first hit the songwriter and his bandmates.

If you were lucky (and skillful) you could maintain that feeling of the first moment after having dragged the song through the arduous chain of events but most likely the recording would sound as labored as the process itself.

That is why I was so excited by the advent of downloadable music and the opportunity to initiate this Single of the Month program with Emusic. The idea was that every month I would write a new song, record it and then have it available via the internet to music fans all around the world. Ideally (and as has been the case in two of the first three installments) the time from the first bit of inspiration to the availability at a click of a mouse would be no more than one week. A fan in Kansas or Norway or Russia or Tokyo could hear my new song while the ink was still dry from writing the lyrics into my notebook.

What is most exciting about this process is that it is at once very old-fashioned (the quick turnaround of seven-inch singles) and very NOW (music transmitted by the internet). I love having deadlines with the knowledge that the deadlines are there for a reason. I like the knowledge that what is a 'new song' for my fans is also a 'new song' for me. That's a new experience and one that I plan to continue until the end of this year and maybe beyond.So check out my Single of the Month page and share this thrill-ride with me.